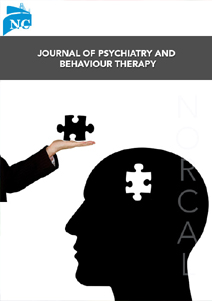 Loneliness, depends not only on one’s characteristics, but also on his background.  In this mini review I examine the many studies relating to loneliness and gender, and loneliness as experienced in collectivistic and individualistic cultures.

Research indicated that while early life events may be similar or identical, they may later be expressed quite differently between the genders [1]. Loneliness is expected to be influenced by childhood experiences one had, life experiences in adulthood, and by the situation that the person is in presently.  To that, it is suggested, gender needs to be added as a ‘master category’, which conceived as “a basic category in social organization that sets the cultural scene for boys’ and girls’ upbringing and socialization in a gendered identity [1]. Across generations, differences between masculine and feminine identities are in some ways both reproduced and transformed according to different historical, cultural, and normative contexts (p. 195)”.  Chodorow et al. observed that feminine personality has been defined in relation to other people much more than the masculine personality does [2]. However, noted gender roles and norms have changed influencing social relations, and thus men and women’s loneliness experiences [1]. Observed that women now, unlike in the past, are more willing to report their loneliness experiences [3]. While loneliness is experienced by all who walk on this earth, the literature is equivocal as to how it is experienced by males and females.  The association between loneliness and gender is inconclusive.  It is quite expected that women, to a larger degree than men, will report that they are lonely [4].

The conflicting results of the association of gender with loneliness were illustrated by citing the KORA Age study which is based on a random sub-sample of a German community sample of over 4000 adults in the age range of 64-94 years from southern Germany, which found no difference in loneliness between men and women, and only in those 85 years and older was there any difference recorded [women scored higher than men] [5].

Attempting to explain gender differences, Ang et al. reminded us that women show greater affinity for socialization than males who mainly strive for power and rivalry [6].  In accordance with this view, females tend to have more cohesive relationships and are closer to their social contacts than males are. A meta-analysis of 30 loneliness studies yielded 19 studies that reported no gender difference, nine which reported males are typically lonelier, and two that reported that females are typically lonelier [7].  Some of those studies suggested that men tend to spend more time alone, and thus are at a greater risk of loneliness than women. However, men are also less likely to admit their loneliness, so the results are, once again, unclear. Taken together they are inconclusive [6].

Cultural, in addition to social forces shape who we are and how well we function in the everyday world. Segall, Lonner, and Berry reviewed the connection of psychology and culture and pointed out that “culture and all that it implies with respect to human development [8], thought and behaviour should be central, not peripheral in psychological theory and research” (p. 1108). It was pointed out that researchers must take cultural differences and influences into account when designing research if they truly wish to discover interpersonal differences [9, 10]. While most loneliness research was conducted in industrialized countries, we can safely conclude that the negative implications of loneliness are experienced cross culturally. It is conceivable then, that the difference amongst cultures and the way people’s social relations are organized within them will result in cross-cultural variations in the way people experience and cope with loneliness [11]. Although shared by all of us periodically, loneliness is in essence a subjective experience that is influenced by personal and situational variables [12].  As such, cultural and societal norms surely affect the manner, timing, and experience of loneliness.  In this chapter, we will focus on the influence of culture on the experience of loneliness and how we address it.  Attempts to describe and define loneliness are simply incomplete without considering the culture that the person lives in [13]. They observed that research has demonstrated that levels of loneliness have been found to differ considerably across cultures.  In Northern Europe family and community ties are weaker than in the Mediterranean and Eastern European countries [14].  Individualistic values tend to dominate in ‘‘weak family’’ areas, whereas ‘‘strong family’’ dominates collectivistic cultures.  Individualistic cultures are characterized by a significant proportion of those living alone, divorce rates which are high, and declining family size.  Unsurprisingly, therefore, stereotypes support the view that Northern European cultures show high levels of social isolation and loneliness [15]. It is thus a paradox that the elderly experience less loneliness in individualistic cultures [14]. They observed that the cognitive perspective that suggests that loneliness arises when the actual and desired levels of loneliness differ, neglects to examine how culture affects our cognitions which are at the basis of our comparing the real and desired levels of social connectedness.  For instance, they note, collectivist cultures, due to their relative focus on interpersonal connections, create a stronger expectation of social connectedness than individualist cultures and so, when a person in a collectivistic culture is alone, he or she are more amenable to experience loneliness than a person who is alone in a culture which sees that as a normal way of life. Loneliness may differ according to the manner in which different cultures influence expectations of social connectedness [13, 16]. Further, they noted that “the relationships between social context and loneliness seem to vary cross-culturally.  High prevalence of living alone appears to be related to less loneliness across European countries, moving from north to south…. This is thought to be due to the differing expectations common to northern and southern countries: in southern countries, it is relatively uncommon to live alone, while in more northern countries it is more common.  Older adults who are living alone in Northern countries are living in a manner which is concordant with their expectations, while those living alone in southern countries are living in a manner discordant to their expectations (of living with others), and loneliness arises as a result” (p.395).

While power distance, individualism and collectivism and gender are related to loneliness and [17], the dimension of individualism emerged as the most dominant in the cross-cultural literature [18]. Hofstede maintained that individualism has been characterized by valuing and seeking autonomy and placing one’s personal goals above those of others, whereas collectivism focuses on the interests of the group (such as one’s family or community) as more important than those of oneself.

The theory of self construals, highlighting the fact that American culture tends to think of the self as independent, whereas Asian cultures [collectivistic] think of themselves as interdependent [19].  Independent self-construals see the individual as separate from others with unique qualities, traits, and preferences that persist across contexts, and with individuals being motivated to determine their own independence and uniqueness and express themselves through their personal choices [19]. Interdependent self-construals emphasize the community, and focus attention on individuals as being connected to others, with one’s behavior being shaped by varying social contexts, and individuals being motivated to fit in and maintain harmonious relations with others.  Exploring the culture-loneliness connection, North Americans “are more painfully aware of their own contribution to their loneliness [20].  More than their Spanish counterparts . . . they tend to attribute their loneliness to their own shortcomings” (p. 76).  Which is a hallmark of individualistic cultures, where the North American culture creates self-blame if an individual’s social network is not deemed good enough.  Research explored how Chinese people experience loneliness [21]. Chinese feel lonelier than Americans, and tend to blame themselves if they felt their social network was lacking, attributing that lack to their inability to create a solid supportive social network. Americans, being used to directing their attention to themselves and their own personal development, were less likely to hold themselves responsible for their loneliness, but instead, blamed external factors if they did not possess the kind of social network they desired.  Indeed, studies that compared individualistic and collectivistic cultures generally indicated that residents of collectivistic societies are more likely to feel lonely than those in individualistic societies in spite of the fact that individuals are more likely to live alone in the latter.

Seepersad, Choi and Shin posited that a culture that promotes the importance of romantic relationships may shape accordingly the experience of loneliness and closeness [23], and indeed the experience of loneliness is culturally related and shaped.  In the study which they conducted, U.S. students reported higher levels of romantic loneliness than did Korean students.  From this finding we may conclude that in individualistic cultures loneliness is more about personal romantic expectations, whereas in collectivistic cultures loneliness is more about social approval [24]. In African cultures, for example, loneliness is much about lack of social interconnectedness as these concepts are central in the everyday thinking and doing of many African cultures in particular concerning the ways in which people experience relationships and loneliness [25]. In the Japanese culture, loneliness is experienced within interconnectedness, where even the most desperate ones, contemplating suicide, seek others who are as suicidal as they are, so that they feel that they do not die alone [26]. Exploring differences in loneliness between North American and European people, Spanish participants scored lower on all of Rokach’s six coping strategies.  Checking the manner in which Canadian, South Asian, and West Indian cope with loneliness, again Rokach found significant differences stemming from the meaning that loneliness has in those cultures. [27, 28].

Loneliness intervention programs seem to appear with increased frequency on the Internet [30]. He suggested that lonely people have their loneliness amplified when they go online. And to counter it, Seepersad described some pertinent programs and the research which they generated. A study that was looking at online intervention with participants who had either cerebral palsy or spina bifid. The facilitators of those groups also had cerebral palsy or spina bifid.   Significant decreases in loneliness as well as increases in social acceptance and confidence were consequently recorded. This intervention program seemed to reduce loneliness through an environmental approach by increasing opportunities for social contact [31]. Another strategy used online involved the use of writing. Participants were given a writing intervention for bereaved individuals.  Results demonstrated that there were decreased feelings of emotional loneliness and increase in positive mood compared to a control group [32].

Needless to say, that attempting to help the lonely, whether as a society or be they our patients, requires careful consideration not only to their background, but to the culture they came from, and to the way they view their society, family, and relationships.