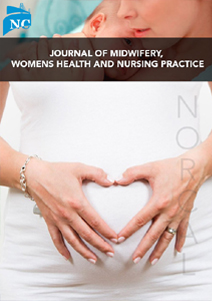 Postpartum depression affects majority of women following childbirth. Low-income mothers are likely to be affected. This qualitative study investigated the lived experience of Nigerian women with PPD and their coping strategies with the depressive condition. Rich descriptions of experiences of 24 women clinically diagnosed with PPD regarding the coping mechanism used were collected through in-depth interviews. Three (3) significant themes were identified: Family and friends support, Human companionship, Spirituality. One overarching theme identified was: Social support system. The finding suggests that PPD ailment can respond to cultural values. Therefore, the implication is that cultural values such as family involvement   should be considered in the management of PPD.

Post-Partum Depression (PPD) is a regular affective mood disorder that occurs following childbirth within the period of six weeks. Post-partum experience is a major developmental and motherhood transitional phase [1]. Consequently, PPD has no significant association to some demographic variables which includes mode of delivery and parity [2]. However, PPD contribute to the most adverse effect on both mother and child and the family [3]. Post-partum depressive illness ranges from mild depression which is transit to full puerperal psychosis which often need serious medical interventions [4]. However, the depressive symptoms often go undetected and undiagnosed and untreated in most minority group. Majority of the women are not screened and they often minimize and disregard the symptoms. These attitudes could likely be driven by stigma and discrimination based on cultural and religious stance [5]. Consequently, some factors are likely to increase the risk of PPD, such may include; perceived lack of social support, and some environmental stressors [6,7]. Furthermore, most low-income women who are clinically diagnosed do not readily access Medicare, because they perceived the cause to be spiritual [8,5]. In addition, is personal help seeking behavior and treatment preference [9]. Studies exploring how cultural beliefs and personal preferences affect experiences of PPD need to be undertaken.

A qualitative study with semi structured one- on- one interview was used to collect data from client attending Nero- psychiatric facility in a low in-come country. The individual interview format tends to offer opportunities for more interaction and an in-dept conversation about a sensitive topic by keeping the interaction private [10].

A purposive sampling method was used to recruit participants who met the inclusion criteria. Nigerian women who had given birth in the last five years and had been screened and clinically diagnosed in either of the two study centers were legible. Twenty-four (24) of the women who met the criteria were included in the study.

After the approval by the hospitals’ Research Ethical Committee Boards, the participants signed the consent form. One –on – one interview was conducted for a period of five weeks. During the interview, each woman was asked the same questions:

Audio recordings of the interviews were transcribed verbatim and cross-checked with the transcripts to ensure no data was lost. Transcripts were read over three times and key concepts and statements were identified and coded.  A six-phase process of thematic analysis as described by Braun and Clark were used [11]. Emergent themes regarding methods used to cope with PPD were identified. Themes were reviewed. Similar themes grouped together and   reported as results. Participants’ responses were used as quotes to further illustrate the themes.

Three (3) significant themes that were identified are:

Family and friends support, Human companionship and Spirituality. One overarching theme identified was: Social support system.  The themes were derived from across many interviews.

Affective feeling is likening to a heavy weight on ones’ shoulder, and it is made worst if nobody especially close persons feel less concern and apathetic. Majority of the participant expressed being overwhelmed, exhausted and exasperated with the PPD symptoms. However, as narrated by most of the women, they all had their families and friends living in close distance with them, and the families and friends provided support, most especially the husbands and other family members. Participants shared stories about how their families and friends were very supportive, and encouraging and that made them felt better and consequently it expedited their healing process.

One of the women strongly stated:

“…… mum stayed with me for close to eight months which gave me a lot relief.  While she was with me, she was encouraging me to take my drugs and making sure l never missed my appointment with my doctor. …in fact, mum was very supportive and that helped me”

“Sometimes l could barely remember l am the sick person when my family members come around….my younger brother is often around to help in going errands, mum comes after work, my twin sister comes week ends enemy, it makes me happy as they look after me”.

Human companionship refers to the need to be with others and the impact those connections had on them. The theme emerged from various interviews with the participants. For some participants, being alone aggravated their depressive symptoms and feelings of intensive fear within them.  Majority expressed the feeling of “feeling safe” when in the company of others. Being in the company of people facilitated their ability to process the environment as safe.  All the women expressed a yearning for someone to be with them, to whom they could engage in a conversation regarding their fears and concerns. The participants shared how staying in the company of others most of the time had a significant impact on them in the reduction of the depressive symptoms.

Two women described how much it meant to them in terms of coping with the situation.

“Whenever l am with people, l feels okay, but the moment l am left alone the symptoms begin to creep in, without my knowing it, l will be touchy, and imaging worst things happening to me, ……… that makes me to be very fearful of everything and even persons”

“Since after my mother moved in to stay with us, that has helped me so much…. because my other child is being looked after by her, and she does a lot of my house work for me, and importantly, at least l have someone in the house to talk with when Jude [husband] goes to work.”

“I noticed my emotions gets better when l engages with my friends in discussion while watching   movies together in the television. … I discovered Nigeria movies is interesting when watching with friends”.

Many of the women interviewed described how faith-based services were helpful to them. These mothers in telling their stories expressed that the experiences of the symptoms got better and relieved after going to church and participating in various faith-based and spiritual activities.  Strong prayers and regular attendance to church and religious activities put their mind at peace and made them feel better. As one of the mothers said”

“During the period of my illness, my pastor was always coming to pray for me and my baby, women group and other members of my church were all praying for me.  I thank God for hearing our prayers. The symptoms were gradually reducing. My pastor ……… prayed and after that, he encouraged me to be attending and participating in church service, he also asked me to go and check my B/P, and when l checked the B/P …….it was normal”

Among the 24 of the women who participated, all but four (4) spoke of their faith definitely helping to overcome the symptoms they were experiencing, while others spoke of a need to start going to church. When the women were asked how the church and prayers helped them, many talked how difficult it was structuring their lives because they had many things in their mind to process. But in church, they had the structure fixed, had good relationship with church members who were willing to accept them, and pastors were willing to listen to them.   One participant stated:

“So as a believer, l prayed to God, started going to church and even join my daughter in her children   cells [group] meetings which they usually hold in our house.  Their pastor visited me severally, used bible passages to encourage me. I always looked forward to his coming. He listens and understands me. l had faith in his prayers as a man of God. With that in my mind, l began to feel better”

This could be because, there is sense of community and willingness to pull people together. Church is an environment where people could be open and share their fears with those in the same faith. Church is a social network with a lot of intrinsic reward.  It is customarily accepted that spiritual disposition is a way of life of an average Nigerian and Africa. However, spiritualism is usually misidentified by health care providers trained in the midstream of medicine.  Studies exploring how spiritual beliefs impact the experiences of PPD among minority low income women is lacking. This study was conducted to fill the gap.

All of the interviews and analysis were performed in an attempt to provide more information on the question of what is the lived experience of postpartum depression in relation to the coping methods used with PPD. The twenty-four women that were interviewed provided rich and

meaningful insights into their experiences of postpartum depression within the African based context. Their opinions, experiences and explanations provided the beginning of insight into a deeper understanding of how Nigerian mothers suffering postpartum depression cope with depression condition. Although many of the women in the study felt that social support system was the key source of their coping with the condition and some degree of faith-base, they were hopeful that recounting what made them cope might be helpful to other women. Interviewees reported being accepted and encouraged by friends and families.  They highlighted how important family support was in helping them find relief from stress and anxiety, which was instrumental in their recovery.

This study strived to identify the coping methods the participants used to reduce symptoms and facilitate healing process. The study identified that social support system was an important key in the coping and healing process for PPD in women from low-income country.  The result showed that there is a need for women suffering PPD to connect with friends, family and social groups. Although, the study had a small sample size, it is evident from the qualitative stand that the participants in this study had similar coping strategies.  The need for human support and a feeling of being understood and accepted seem to have contributed to the reduction of their symptoms and their ability to manage their condition. Nevertheless, more research is needed to explore further the place of social support in the treatment PPD.