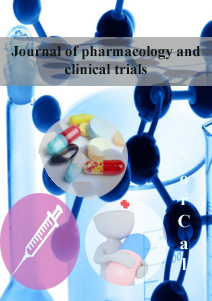 An Aqueous Suspension of Living Chlorella Vulgaris: Is There A Real Effect on The Organism of a Healthy Person?

Citation: Plakida A, Yushkovskaya O, Filonenko A, Gushcha S (2019) An Aqueous Suspension of Living Chlorella vulgaris: Is There A Real Effect on The Organism of a Healthy Person?. J Pharmacol Clin Trials 2019: 105-108.

The aim of the research is to study the effect, of taking a course of an aqueous suspension of a living culture of chlorella (Chlorella vulgaris) on the organism of healthy people. The study involved 30 clinically healthy people, aged 17 to 66 years, 10 men and 20 women. The subjects took an aqueous suspension of live chlorella of Chlorella vulgaris strain IGF No. C-111 at a concentration of 19-34 million cells/ml, in an amount of 500 ml per day. The course of administration was 28 days. Before and after completion of the course, the following studies were carried out: anthropometry, a study of body composition, a study of physical performance (PWC170 test), a general blood test, and a biochemical blood test. At the end of course administration, the majority of the subjects noted improvement in well-being. An increase in the hemodynamic efficiency of physical activity was recorded as well as increasing the immune properties of blood. No changes in lipid metabolism were observed.

Currently, there is a growing interest in biologically active food additives based on natural, environmentally friendly components. One of the most promising products in this area are biological additives created using the green freshwater algae Chlorella (Chlorophyta, Trebouxiophyceae) [1-5]. Chlorella contains protein, chlorophyll, dietary fiber, fatty acids, carotenoids, sulfated polysaccharides, glycoproteins, antioxidants, nucleic acids, trace elements, vitamins, etc., which explains its significant biological activity [6,7]. As a result, the number of studies on Chlorella vulgaris is increasing not only as a source of useful nutrients for use in functional nutrition but also the possibility of its use for therapeutic and prophylactic purposes [8-12]. So, there is evidence of a positive effect of chlorella on the degree of cardiovascular risk [13], a pronounced hypotensive effect [14]. Studies have shown a decrease in blood glucose levels, an increase in the number of glutathione-positive cells in diabetes mellitus, and an increase in the percentage of insulin-producing beta cells and glucogone-producing cells [15,16]. The effect of Chlorella vulgaris on the regulation of the level of lymphocytes, granulocytes, and other immunocompetent cells has also been proven [17]. There is evidence of positive changes in the level of bilirubin and enzymes of hepatic metabolism [18]. A fairly large number of works are devoted to the effect of chlorella intake on lipid metabolism [19,20]. Many authors have obtained interesting data on the effect of Chlorella consumption under oxidative stress: the researchers found a significant increase in the oxidative activity of blood serum [21,22,23]. The special economic attractiveness of using chlorella is given by the simplicity of cultivation and low cost of this alga [24,25]. However, the majority of these studies were performed on laboratory animals, which does not allow us to test the obtained data with sufficient accuracy for clinical purposes [26,27]. An additional complication is a fact that chlorella in the majority of studies is used in the form of powders, tablets, suspensions, which does not allow us to accurately determine what type of algae and at what concentration was used. The stated facts served as the basis of the current study, the purpose of which was to study the effect of the course intake of an aqueous suspension of living Chlorella culture (Chlorella vulgaris) on the body of healthy people.

The study involved 30 clinically healthy people, aged 17 to 66 years, 10 men and 20 women. Written informed consent was obtained from all subjects for research. The subjects took an aqueous suspension of live chlorella of Chlorella vulgaris strain IGF No. C-111 at a concentration of 19-34 million cells/ml, manufactured by Algalife, Ukraine, in an amount of 500 ml per day, 250 ml in the morning and evening, for 20-30 minutes before meals. The course of administration was 28 days.

Before and after completion of the course, the following studies were carried out: anthropometry, a study of body composition, a study of physical performance (PWC 170 test), a general blood test, and a biochemical blood test. To study the compositional components of the body, the Omron BF-512 monitor (Japan) was used, which allows one to determine the fat and muscle components, as well as the amount of visceral fat. The study of physical performance was carried out by testing the value of PWC170 on a Torneo B-507M bicycle ergometer (Italy) with simultaneous recording of heart rate and blood pressure. In a general blood test, a detailed blood formula was studied. A blood biochemical analysis included the determination of the following indicators: total, direct and indirect bilirubin, alanine aminotransferase (ALT), aspartate aminotransferase (AST), gamma-glutamyl transferase (GGT), total cholesterol, triglycerides, low and high-density lipoproteins.

For a subjective assessment of the general condition of the subjects, the SAN questionnaire was used (well-being, activity, mood).

The reliability of changes in the indicators before and after the course was assessed based on the sign criterion (G-criterion) for related samples using the XLSTAT program.

At the end of the course, none of the subjects noted a deterioration in well-being, on the contrary, positive dynamics was observed in 84.3%, with 46.7% noted an increase in general tone, a decrease in the duration required to restore sleep, and 30% noted normalization of bowel function.

Anthropometric measurements showed that under the influence of the course of taking chlorella there was no significant change in the weight of the subjects (P> 0.05), this is also indicated by the absence of a change in body mass index (P> 0.05). At the same time, there was a significant proportional decrease in the waist and hips (P <0.05), as a result of which the index (waist - hips) remained unchanged (P> 0.05).

This observation allows us to conclude that the indicator PWC170/kg of fat mass is more sensitive to assess the dynamics of physical performance than the more used indicator PWC170/kg. Of particular interest the changes that have occurred in the values of hemodynamic parameters, both in a state of muscle rest and during the provision of physical activity (Table 1).

As it can be seen from the table, a rather pronounced, although statistically unreliable ((P> 0.05) tendency to decrease in the initial value of the heart rate was recorded. At the same time, the observed decrease in the values of the initial systolic and diastolic pressure was significantly significant: P <0.001 and P <0, 05, respectively.

This confirms the reports of other researchers about the pronounced antihypertensive effect of chlorella [28-30]. To assess the effectiveness of hemodynamics during exercise, we calculated the double product — the product of the heart rate and systolic pressure and the Robinson index — the quotient of dividing the double product by the load power. After the course, these values significantly decreased - (P <0.01) and (P <0.01), respectively, which indicates a significant increase in the effectiveness of hemodynamic support for physical exercise.

When analyzing changes in the elements of the blood formula, the following results were obtained (Table 2).

The total number of red blood cells did not significantly change, but the hemoglobin level increased significantly (P <0.001). As a result, at a high level of confidence, there was an increase in the color index ((P <0.001), which indicates a significant improvement in the oxygen transport function of the blood. There was also a significant increase in the number of leukocytes and lymphocytes (within the standard parameters), which allows us to assume the stimulation of the immune system of the blood. At the same time, significant changes in the number of other blood cells were not observed.

The most statistically significant changes were recorded in indicators reflecting the functional state of the liver. A significant decrease in the values of total and direct bilirubin (P <0.001 and P <0.05, respectively) is observed, which indicates an improvement in its detoxification function. This is also evidenced by a significant decrease in ALT level (P <0.05) and, correspondingly, a decrease in the AST / ALT ratio (P <0.05). At the same time, we did not register significant changes in terms of lipid metabolism, which were reported by some authors. This can be explained by differences in the concentration and state of aggregation of the active substance used - a dry extract of chlorella or an aqueous suspension.

The data obtained in this research allow us to draw the following conclusions. When using an aqueous suspension of a live Chlorella culture (Chlorella vulgaris) by healthy people during the 28-day course, a positive dynamic of subjective well-being is observed, due to an increase in general tone, a decrease in the duration required to restore sleep. When studying the dynamics of anthropometric indicators, no significant change in the weight of the subjects was found. Unreliable changes in the fat and muscle components and a tendency to a decrease in visceral fat are observed. The study of physical performance revealed a significant increase in PWC170/kg of fat mass. A significant increase in hemodynamic efficiency was recorded due to a decrease in systolic and diastolic pressure, which manifests itself both in a state of muscle rest and in ensuring the fulfillment of physical activity. The dynamics of the indicators of the blood system indicates an improvement in oxygen transport function due to an increase in the hemoglobin content, as well as stimulation of the immune system of the blood. Under the influence of the course intake of chlorella, the functional state of the liver, in particular, its detoxification function, improves.

7. Galasso C, Gentile A, Orefice I (2019) Microalgal Derivatives as Potential Nutraceutical and Food Supplements for Human Health: A Focus on Cancer Prevention and Interception. Nutrients 11: 1226-1229.

21. Amin A (2008) Chemopreventive effect of chlorella on the antioxidant system in DMBA-induced oxidative stress in liver. Int J Pharmacol 4: 169-176.