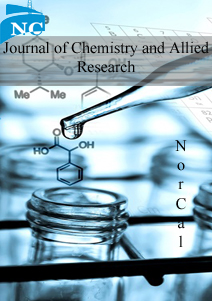 Personalized medicine holds high promise but has proven an expensive endeavor under current regulatory frameworks. By definition, personalized medicine will not only apply to a subset of patients classified under a general disease state, but the designed nature of the pharmaceutical should preclude off label use for the other patients. This creates a paradigm with roughly the same cost to develop a pharmaceutical with diminished returns (assuming similar charges per patient). The spectrum of personalized medicine will be discussed ranging from large populations sharing gene sequences, to CRISPR/Cas9 therapy specific to a single patient, to cancer of a single patient at a single moment, to split intein designed therapeutics detecting cell states at an organismal level at a point in time.

The exponential cost reduction for reading genetic material and manufacturing personalized biomolecules has caused therapeutic development capability to outpace policy adjustments. This article will review the recent personalized medicine advances moving from the past (and less personalized) to the present and future (more personalized) going from genetic counseling, Cystic Fibrosis (CF), CRISPR/Cas9, cancer, to split intein therapeutics. Minor legal adjustments concerning personalized medicine have occurred but after years of legal allowance in the opposite direction. For example, the company 23andMe began offering direct to consumer genetic testing in late 2007, and there was a 5 year lag (2013) after which the FDA forced suspension of sales until regulatory approval was obtained. 23andMe then started on what looked like a long road in which they would need to get genetic testing for each disease approved one at a time. However, the regulation ended up boomeranging in a more lenient direction. After 23andMe worked to get the genetic test for Bloom syndrome approved, the FDA broadly “classified carrier screening tests as class II and made exempt these devices from FDA premarket review. ... [which] creates the least burdensome regulatory path for autosomal recessive carrier screening tests with similar uses to enter the market” [1]. When possible, if devices or therapeutics can be broadly classified in such a manner it simplifies regulation by orders of magnitudes. The ethical balance being weighed in this case was the benefit versus risk of over testing the general population and conveying to them some fractional increased risk of diseases which would most likely never affect them. At the time, this cutting-edge exchange resulted in the founder of 23andMe, Anne Wojcicki, posting on the company website, “This is new territory for both 23andMe and the FDA. This makes the regulatory process with the FDA important because the work we are doing with the agency will help lay the groundwork for what other companies in this new industry do in the future” [2]. In retrospect the diagnostic testing done by 23andMe seems like an easier decision to broadly allow than the much more potentially harmful personalized therapeutics on the horizon. Having a legal regulatory path laid in advance helps both company and patient, be it in choosing tests/therapies to develop or purchase respectively.

Cystic Fibrosis (CF) is one of the most recently promising disorders for which personalized medicine therapeutics are being used. CF therapy has proven successful under the current definition of personalized medicine for a few reasons, namely because there is a large patient population but the genetic mutations fall into a limited number of subgroups with known protein ramifications, and molecular interventions. CF is caused by a deficiency in the CFTR gene which codes for a chloride channel. The CF defects are often put in six classes: class I - no CFTR synthesis, class II - CFTR trafficking defect, Class III - defective channel regulation, class IV - decreased channel conductance, class V - reduced CFTR synthesis, and class VI - decreased CFTR stability. The most ubiquitous CF mutation is a 3 base-pair deletion in CFTR designated ?F508 in which a phenylalanine is removed. The ?F508 CFTR has been shown to have reduced chloride conductance if incorporated in the cell membrane. However, the phenylalanine deletion prevents proper protein folding and membrane insertion, instead destining the protein for degradation. While this strictly should be classified in three classes (class II, IV, and VI), by far the biggest phenotypic detriment is due to its inability to get inserted in the cell membrane. A class of compounds called correctors (e.g., Lumacaftor©) have been shown to functionally get enough CFTR inserted in the membrane to alleviate CF phenotype [3-6]. Patients with the ?F508 can in fact take combination personalized medicine adding a potentiator (e.g., Ivacaftor©) which helps CFTR fold better to increase conductance, in a synergistic way with correctors orthogonal functionality [7]. Cystic Fibrosis represents an interesting druggable disease that fits in our current regulatory framework, in that the economics of current clinical trials allows a viable path forward for developing personalized therapeutics [8]. Even in such a molecularly well understood disease state, nontargeted therapeutics are being applied in a “personalized” therapeutic manner. For example, patients with class I CF can have nonsense mutations in which a premature stop codon results in no full length functional CFTR being transcribed. Read-through compounds (e.g., Ataluren©) can be used to cause polymerase to continue transcription past the premature stop codon a portion of the time and create enough full length CFTR to alleviate some of the harmful thick mucus found in CF [9]. These drugs are not uniquely applicable to genetic nonsense mutations in CF and are therefore financially more targetable, for example being used on other patient populations such as those with Duchenne and Becker muscular dystrophy [10,11]. It is worth noting these read-through compounds cause all proteins in the body to read through their normal stop codons at some level. Presumably these larger proteins are largely degraded as the side effects of these therapies have not been deemed worse than their benefits [12]. In addition to all of these patient specific CF small molecule therapeutics, there is continued hope for the use of gene therapy to incorporate a fully functional CFTR gene, which ironically would be less personalized since it would work on patients in all CF classes, be more widely applicable, and therefore possibly more commercially viable than the above mentioned class specific compounds.

CRISPR/Cas9 is likely the most preeminent medical biotech development in the last decade. Part of a bacterial defense system, CRISPR/Cas9 are genomic stretches that allow cutting out of foreign viral DNA from bacteria genomes, in effect providing the bacteria with acquired immunity. This system has been co-opted for use as a therapeutic by selectively targeting any specific location in the human genome, via a guide RNA strand, allowing for the cutting out and/or insertion of genomic material (Figure 1). In effect, CRISPR/Cas9 seems to provide a broadly applicable solution for gene delivery. Delivery of genomic material remains a separate hurdle. If cells are removed from the patient, techniques such as electroporation can be used, and then injected back into the patient. Targeting cells in vivo with CRISPR/Cas9, such as neurons, require more sophisticated delivery vehicles such as lentivirus or adenovirus. The administration of genetic material in vivo via virus poses greater risk, especially if the genetic material is ideally only making it to a subset of cells. The mostly likely early targets will be patients which are homozygous for nonfunctional proteins which would be beneficial in all cells, such as Cystic Fibrosis. Currently the delivery of a specific CRISPR/Cas9 genomic sequence inside a specific delivery vesicle would have to undergo clinical trials as a single entity. If, for example, a better delivery vesicle was discovered it could not be broadly applied to multiple different CRISPR/Cas9 therapies without their undergoing repeated clinical trials as new “single units” of therapy. While the gold standard of clinical trials is rarely doubted, the cost/benefit of personalized medicine could likely change that in the next 20-30 years. An entire patient’s genome can now be sequenced for under $1,000 USD [13,14]. Having the ability to PCR a CRISPR/Cas9 that is specific to a patient, which would have less off target integration, and increased targeted integration, will be a hard ability to not take advantage of. By definition, there could never be a clinical trial with a classical patient population that is unique to one individual on the planet. So a decision will have to be made of if we want to use the known uniqueness of a patient’s entire genome to give them the penultimate personalized medicine or administer broadly tested genetic material that is anticipated to have worse efficacy and side effects. While there is a well-deserved kneejerk reaction to never sway from a 1,000+ clinical trial size, once a CRISR/Cas9 sequence working at a personal level has repeatedly shown increased efficacy with large statistical significance, a new age of on demand genomic therapy could begin. While cancers have generically been treated much longer than many specific protein deficiency diseases being targeted by CRISPR/Cas9, cancers actually pose an even more personalized level of medicine in that the cancers genome can change in a temporal fashion. One could imagine attacking a cancer with a CRISPR/Cas9 made specifically for one patient, and then having that same patient receive a different and newly created CRISPR/Cas9 if the cancer evolves outside the original targets range (or recurs years later).

A last example, which is still decades away but describes even more complexity, is the use of something like split inteins in combinations in medicine. Split inteins were naturally found proteins that bind and cleave themselves out while creating a new amide bond between their polypeptide tails, thereby creating a new protein posttranslationally. While currently used largely in the lab for protein labeling and larger peptide synthesis, these split inteins seem like natural nanomachines which can start to be developed to act in an engineered systems biology method in vivo for a patient. Imagine various split inteins floating around and “detecting” various diseases states, such as insulin resistance, at which point they splice together a protein to take new action. The development of such modules would exponentially increase our ability to modify human health in a temporal fashion. The rise of epigenetic knowledge suggests there are biological targets we will want to have protein nanomachines act on at the speed of our circadian rhythm (24 hours). Such a systems biology framework would be combinatorially difficult to test in a classical clinical format. As few as 70 split inteins could interact in vivo to create googol combinations, 1 with 100 zeroes after it or 70 factorial. There would be an immense chance to do harm in such a system, and such therapies are not yet on the horizon. However, if a group of split inteins or a “module” of therapies like split inteins were found to be safe in vivo, one could imagine several of these modules being developed and eventually being designed to work together. In a sense, at that stage, drug design will have to adopt concepts from computer programming. Hopefully international standards would prevent Pfizer, Lilly, and Merck from developing incompatible modules (analogous to Windows, Mac, and Android) but would instead agree on a common genetic honing, targeting, and reserved space framework (analogous to HTML5). Forward looking policy is needed not only to safeguard patients, but also to spur economic development in the personalized medicine universe.