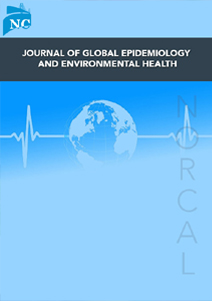 First report on Toxoplasma gondii and Neospora caninum Seroprevalence in cats and dogs in Shijiazhuang, China

Objective Toxoplasma gondii (T. gondii) and Neospora caninum (N. caninum) are two important protozoan parasites that cause abortion and neurological disorder in many animals worldwide. These are closely correlated in many areas, such as morphology and intermediate hosts, but the definitive hosts differ. Cats are the definitive hosts for T. gondii, while dogs, wolves and dingoes are definitive hosts for N. caninum. The present study aims to investigate the seroprevalence of T. gondii and N. caninum in cats and dogs in Shijiazhuang, Hebei province, China.

A total of 187 dog and 85 cat sera samples obtained from Shijiazhuang were analyzed by enzyme-linked immunosorbent assays (ELISA).

Toxoplasma gondii (T. gondii) is an important zoonotic intracellular protozoan parasite, which can affect all warm-blooded mammals and birds throughout the world, including humans [1]. It has been reported that T. gondii chronically infects a quarter of the world’s population, and causes reproductive, neuromuscular and respiratory disorders, and even death [2, 3]. Felids play a crucial role in the epidemiology of this parasitic disease, because these are the only definitive host that shed and excrete millions of infective oocysts within a short time in their faces [4]. T. gondii can be transmitted to many animals and humans through oocysts from cats. Hence, it has been generally suggested that people should protect the environment, and pay attention to health, especially for pregnant mothers. However, as it is known, canines can also spread the parasite. Therefore, the individual seroprevalence of cats and other susceptible animals can be a public health and conservation concern.

Neospora caninum (N. caninum) was easily confused with the structurally similar T. gondii until 1988, causing neosporosis, with the symptom of abortion and neonatal mortality in cattle-rearing regions worldwide [5]. Studies on N. caninum and neosporosis began late, and have been ignored due to less harm during the first phase. After entering the 21st century, the coverage of scientific research on the parasites has increased. Many canid animals, including dogs, coyotes, gray wolves and dingoes, were found to be the definitive hosts after 1998 [6-9] and a large number of intermediate hosts have been reported in subsequent years, such as chickens, rats, pigs and red foxes [10-13]. Cattle, as one of the intermediate hosts of N. caninum, suffers from the vertical transmission of neosporosis, and the cattle industry has been harmed through this manner [14][1]. It is known that parasites can be maintained and propagated between definitive and intermediate hosts for a long time. Hence, given the close association of dogs and other animals in herds, particularly the relationship between dogs and cattle, many surveys have been carried on N. caninum infection in dogs in different regions in the world [15, 16].

Domestic dogs and cats are both important companion animals for mankind, and many families could keep these pets. However, there is still a varied number of stray dogs and cats around communities for various reasons, including cities in the metropolitan area of China, such as Shijiazhuang, Baoding, Qinhuangdao in Hebei, northern China. These individual activities have increased the potential and opportunities for the spread of these two diseases. In Hebei, the epidemiological information on T. gondii and N. caninum in dogs and cats is limited despite the higher prevalence rates reported in other animals, such as humans, cattle, sheep, raccoon dogs and ostriches [17-21]. In the present study, the seroprevalence of T. gondii, N. caninum and the co-infection among pet dogs and cats and stray dogs and cats in Shijiazhuang was initially assessed. The data would provide the necessary information and scientific basis for establishing monitoring, and prevention and control strategies for toxoplasmosis and neosporosis

The study area was Shijiazhuang city in Hebei province, which is located in northern China. The study included samples collected from animal hospitals and homeless-animal shelters throughout the city in 2019. The experimental protocol was approved by the Ethics Committee of Hebei Normal University (2019SC14). All canines and cats in participating clinics were qualified to participate in the present study. A permission was obtained from the owners prior to the collection of samples, and a medical history questionnaire was completed for each subject. A total of 272 blood samples were collected. Among these, 187 samples were from canines and 85 samples were from cats. These serum samples were stored at -80 °C for further analysis.

Examination of Sera for T. gondii and N. caninum antibodies

Dogs and cats are two animals closely correlated to daily life at present and are almost never out of sight in the area of human life. However, the various pathogens carried by these animals, such as bacteria, virus, and parasites, are ignored. These pathogens are likely to infect people or other animals in some ways, including food, and to threaten the health of humans and animals [22, 23]. Therefore, there is a need to detect the diseases of locally frequently active animals. T. gondii infection, which is a zoonotic parasite, can cause systemic and ocular diseases in infants during pregnancy, and has been categorized as a neglected tropical disease by the World Health Organization [24]. For N. caninum, most researchers do not consider that this can infect humans. However, this is greatly endangering cows, sheep, and dogs in the world [5]. A recent study revealed that that the infection rate of T. gondii is relatively high (7.73%) among the healthy population in Shijiazhuang, Hebei province, China, and that it is probably correlated to pets [25]. T. gondii and N. caninum are two important protozoan parasites that could be transmitted by cats and dogs. However, to the best of our knowledge, there have been no studies on the infection rate of T. gondii or N. caninum in dogs and cats. These present findings may provide data support for the above study. Meanwhile, the investigators intended to master the epidemiological dynamics of these two diseases in Shijiazhuang, China during the post-controlling period, and provide a basis for laying down a technological scheme for reducing the rate of toxoplasmosis and neosporosis.

Although N. caninum could infect many animals, including birds, terrestrial animals, and sea animals, its impacts are uncertain for these animals, except for cows and canine [14, 33, 34]. A recent report revealed that the total prevalence of N. caninum infection in the dog population worldwide was measured as 17.14% (15.25-19.10%), which was higher than the prevalence (4.81%) in dogs in Shijiazhuang in the present survey. Furthermore, there was a significant difference detected among countries, and WHO regions and continents and the worst level of infection reached up to 26.59% in Africa. Dogs are a matter of concern to public health officials as a source of N. caninum infection [35]. In China, the prevalence differs in different regions and animal groups: 36.8% in sheep and goats in southwest China, 8.99% in raccoon dogs in Shandong, and 20% in dogs in rural northeastern China [16, 36, 37]. However, it is noteworthy that the producers and farms should focus on the potential harm from neosporosis, and establish prevention and control measures as soon as possible, due to this spectacular phenomenon. That is, for the N. caninum in the city, there was a 9.59% infection rate for stray dogs and a 23.53% infection rate for cats in the survey, and a 37.39% infection rate for dairy cows in the previous investigation [18, 38, 39]. More importantly, there is a horizontal transmission between dogs and cattle, which poses a concern [16].

From these survey results, the health of humans and animals has been severely affected by the toxoplasmosis and neosporosis in Shijiazhuang city, Hebei province, northern China. This initial study data on these two local parasite diseases in dogs and cats could provide valuable information and warnings.

Acknowledgements: The views expressed in this manuscript are those of the authors and all authors would like to thank all of the interviewees who showed great patience in answering the questionnaires.

Conflict of Interest: The authors declare that they have no conflict of interest.