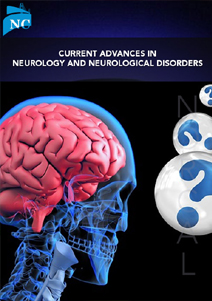 Background: Erythrocyte deformability is one of the pathophysiological changes of high-risk factors in stroke. It mainly affects blood viscosity and fluidity in the occurrence, development and outcome of the disease. Exosomes are a new type of biological activity test target, and it mainly contains miRNA, but its effect on stroke is still not clear.

Methods: The blood samples from acute ischemic stroke (AIS) patients and normal controls with age and sex-matched were collected. The exosomes were isolated from the blood samples, which were confirmed by electron microscopy and western blot with the specific exosomes biomarker CD63 and HSP70. Real-time fluorescent quantitative polymerase chain reaction(qRT-PCR) was used to determine the expression of serum exosomal miR-150-5p. The Areas Under the Curve (AUC) of the Receiver Operating Characteristic (ROC) curve were constructed to evaluate the diagnostic accuracy of miR-150-5p in AIS. Bioinformatics methods predict the target genes of miR-150-5p through an online database.

Results: The expression levels of exosomal miR-150-5p were significantly increased in AIS patients compared with that of the control group (P<0.001). The exosomal miR-150-5p in AIS groups were monitored at 24, 48 and 72 hours after the onset of acute stroke were not statistically significant (P>0.05). ROC analysis showed high AUC values for miR-150-5p as compared to those in healthy controls was 0.883(P<0.001). Bioinformatics analysis of miR-150-5p predictable target genes, it turns out that miR-150-5p may be through EGR2 and PLP2 involved in the development of stroke disease, as well as erythrocyte membrane protein-related genes SLC4A1 and SPTB also belong to the miR-150-5p prediction targets.

Conclusion: The expression of exosomal miR-150-5p is relatively high in patients with acute ischemic stroke, and it may have a certain potential for early disease diagnosis.

Ischemic strokes usually happen when blood vessels are blocked by vascular deposits of thrombus in blood vessels supplying the brain. Without timely elimination of this blockage, brain tissue ischemia may lead to a permanent neurological deficit or brain death. Approximately 84% deaths are caused by ischemic strokes [1]. Stroke diagnosis currently relies on imaging techniques. However, it might be difficult for physicians to make objective judgments when symptoms are mild or difficult. In recent years, epigenetics and gene sequence analysis have been increasingly used as adjuncts in the diagnosis of cardiovascular disease and cancer. MiRNA, in particular, has been indicated to be associated with several risk factors for stroke, including hypertension, diabetes, atherosclerosis, etc [2]. Exosomes are small membrane-bound vesicles secreted by most types of cells. They contain a variety of functional substances that can be used for diagnostic and therapeutic purposes, such as mRNAs and miRNAs [3].

As thrombus persists during ischemic stroke, changes in the erythrocyte membrane and the resulting material may trigger other possible structural and biochemical changes such as red blood cells in the circulatory system [4]. For patients with acute cerebral circulation disorders, their blood viscosity increases, and erythrocyte aggregates, erythrocyte deformability reduces, and plasma fibrinogen levels elevate [5]. As for patients with thromboembolic ischemic stroke, scanning electron microscope observation indicates 92% abnormal erythrocytes in the smear [6]. The change of erythrocyte deformation capacity affects both the oxygen transport capacity of erythrocytes and the survival rate of circulating erythrocytes since deformability of erythrocytes plays a crucial role in the circulation of erythrocytes through the microvasculature system and splenic sinusoids. Besides, reduced cellular deformability is closely related to stroke [7]. Researchers found that sustained inhibition of miR-150 is essential for normal final erythroid development. It is also validated the 4.1R gene is a new target of the miR-150 during terminal erythropoiesis. Its enrichment ensures mechanical stability and deformability of the membrane [8]. Therefore, in this study, we extracted and identified serum exosomes detecting exosomal miR-150-5p expression, to investigate whether exosomal miR-150-5p is altered in patients with acute stroke and its diagnostic value as a new biomarker.

Forty-two patients were diagnosed with acute ischemic stroke during hospitalization in the Neurology Department of the Affiliated Hospital of Youjiang Medical University for Nationalities between May 2020 and November 2020. The severity of stroke was evaluated by the National Institutes of Health Stroke Scale (NIHSS) by experienced neurologists. The Control group were forty-two healthy people who visited the hospital during the same period for routine physical examinations and were denied a history of strokes. Inclusion criteria for patients：1. Age ≥ 45 years old with no previous history of stroke; 2. The first episode with a duration of no more than 72 hours; 3. Diagnosis through examination by the clinical neurologist and confirmed by MR and CT scans. Exclusion criteria: recurrent stroke or duration of stroke attack over 72 hours, renal or hepatic failure, acute infectious disease, tumor, hematological diseases, and patients who are unable to cooperate with physical examinations. The serum samples were collected from peripheral blood via centrifugation and stored at −80°C. This study was approved by the Ethics Committee of the Affiliated Hospital of Youjiang Medical University for Nationalities (Grant No. YYFY-LL-2019-001). Written consent was obtained from each participant. By strictly following the principles of the Declaration of Helsinki. The clinical characteristics of acute stroke patients and controls were in table 1.

Collect 5mL of whole blood in a clean centrifuge tube and leave it for the clot to separate. Centrifuge at 4000×g,4℃ for 10min, and remove the supernatant. Centrifuge again at 1500×g,4℃ for 10min, and separate into 1.5ml enzyme-free centrifuge tubes. Exosomes were extracted from serum using the Exosome Precipitation Reagent Kit (EZB-exo101, EZBioscience, USA) following the manufacturer's protocol. One portion of the extract was used for total RNA extraction and another portion was used for exosome identification.

All data were processed with SPSS 24.0. Student’s t-tests of the two independent samples were used to compare differences between the two groups. One-way ANOVA was used to analyze the difference between more than two groups. If measures did not conform to a normal distribution, a non-parametric test was performed. Results were considered statistically significant when the p-value was less than 0.05.

The ratios and age of men and women indicating no statistical significance. In terms of high-risk factors for stroke, the differences between the two groups show no statistical significance in the history of diabetes, smoking, drinking, etc. However, the difference in hypertension and hyperlipidemia, the AIS group demonstrates a higher incidence rate (P < 0.05). TG, HDL-C, LDL-C, WBC, and HCT were higher in the AIS group, while RBC and PLT counts are higher in the control group (P <0.05). Exosomal miR-150-5p and NIHSS scores show no correlation.

Electron microscopy shows oval or round membranous vesicles, similar in shape and size, with a diameter between 30-200nm. Some of the vesicles are fused, and vesicles are rare in some exosomes [10] (Figure 1). CD63 and HSP70 protein expression can be tested in the exosomes extracted from both the control group and the AIS group (Figure 2).

Receiver Operating Characteristic curve (ROC) curves are suitable for the analysis and evaluation of diagnostic tests, especially the evaluation and comparison of clinical diagnostic tests. Performed ROC curve analysis to exosomal miR-150-5p (Figure 5), the area under the curve was 0.883 (95%CI: 0.810-0.956, P<0.01), indicating a certain diagnostic value.

The miRNAs concentrated in the brain play an important role in the pathophysiological mechanism of stroke. They are stored in the blood and cerebrospinal fluid and show stability in long-term storage [15,16] Notably, circulating miRNAs are primarily derived from exosomal miRNAs. Although circulating miRNAs and exosomal miRNAs are both potential serum markers of stroke, the very same circulating miRNA or exosomal miRNAs during the same disease may be different. Chen F et al [17] studied the severity idiosyncrasy of the change of serum and exosomal miR-126 levels to cerebral ischemia and found no correlation between blood serum and exosomal miR-126 level. Circulating miRNAs are usually present in exosomes and are sometimes bound by certain carrier proteins to maintain stable [18,19]. This stability is considered a result of the fact that exosomes wrap the miRNA and protect it from the interference of external RNA enzymes [20]. During ischemic stroke, it will result in oxidation of red blood cells and changes in protein hydrolysis and therefore lead to changes in cellular rheology and inflammatory processes. Regulated miRNA expression is crucial for erythrocyte chromatin condensation and denucleated terminal red lineage differentiation [21].

Changes of miR-150-5p in patients with acute ischemic stroke

Bioinformatics prediction analysis of miR-150 target genes, which may be involved in the development of stroke disease through EGR2 and PLP2, as well as the erythrocyte membrane protein-related genes SLC4A1 and SPTB, also belong to the miR-150 prediction targets. predicted target genes shows that most genes have binding functions with proteins in terms of molecular function, but are not enriched in related signal pathways. Research shows that regulation of miR-451 and miR-150 expression may be an effective alternative for stimulatory cytokines to differentiate CD133+ into erythrocyte-like spectrum [22]. Scherrer et al found that among patients suffering from ischemic stroke, miR-150-5p was highly correlated with mortality rate within 90 days [23]. In the rat model that suffered from cerebral ischemia, upregulation of miR-150 expression reduces vascularity in the infarct border zone of rats after MCAO and decreases tube formation, proliferation, and migration of cerebral microvascular endothelial cells [24]. Studies involving post-stroke blood-brain barrier disruption mechanisms during edema and hemorrhagic transformation indicated that miR-150 can affect the blood-brain barrier permeability after permanent middle cerebral artery occlusion in rats [25].

Meanwhile, cel-miR-39 was chosen as an internal reference. A certain amount of standard was added during the lifting process to normalize the relative expression levels of exosomal miR-150-5p. U6 was usually selected as an internal reference gene in non-coding RNAs. It is stable, abundant, and highly conserved, and prevails in all eukaryotic cells. Considering repeated freeze-thawing often occurs during experiments, U6 is not suitable to be the research reference of circulating miRNA, since longer RNAs are more likely to be degraded by RNase. And U6 is significantly longer than miRNA. Also, U6 contains a large number of nucleotides that may be degraded by RNase in blood after separation from carrier proteins during freezing and thawing [26]. Some researchers prefer to use circulating miRNAs such as miR-16 with a stable expression as an internal reference [27]. However, Ostenfeld considered that miR-16 is down-regulated in rectal cancer tissues and can be used as a biomarker of prognosis [28]. Given the uncertainty of non-coding RNA expression in blood, exogenous miRNAs of the same amount with internal reference were added into serum or plasma samples. Common exogenous miRNAs include cel-miR-39 of the showy primer nematode and lin-4. These exogenous miRNAs have no human homologous gene sequences. A certain amount of exogenous miRNAs were added during RNA extraction, and experience extraction, reverse transcription, and PCR quantification together with the target miRNAs to be tested. This method eliminates bias in the examination and solidates the results. However, it also cumbersome the experimental procedures, as well as clinical applications. Yet, manual adulterated miRNAs are free heterologous miRNA molecules that are not affected by changes in blood composition and do not reflect the changes in circulating miRNA expression caused by changes in the internal environment of the human body, and therefore cannot improve the accuracy of analysis [29].

Some limitations still exist in this study: small sample size limits the overall results, therefore, it is necessary to expand the sample amount to better prove that the upregulation of relative expression level of exosomal miR-150-5p in acute stroke patients is not a coincidence; since most of the subjects come from the Zhuang ethnic group in Guangxi Zhuang Autonomous Region, the geographical restriction blocks the knowledge of difference among regions and ethnic groups; there is no uniformity in the selection of blood reference genes for exosomal miRNA detection; many functions of the organism do not rely on a single regulator mechanism, functional validation of predicted target genes involved competing RNAs is not fully understood; we didn’t trace the origin of exosomes, whether there are differences or correlations between circulating blood miRNA-150-5p and exosomal miRNA-150-5p could be part of the next study.

This study was funded by the Scientific Research and Technology Open Plan Project of Baise (grant numbers 20202501).