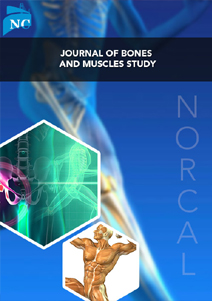 2Department of Health and Kinesiology, University of Texas at Tyler, Tyler, Texas, USA

Objective: Maintaining independence and quality of life is becoming increasingly challenging in our rapidly aging society. Emerging evidence suggests that learning novel gross motor skills that consist of multiple limb movements, hand-eye coordination, and object manipulation may be beneficial in preserving functional capacity required for daily-living activities in older adults. The purpose of this study was to investigate the impact of Bilateral Object Manipulation (BOM) training on physical function in older adults.

With advanced age comes a decline in physical function [1], which can adversely affect the ability to perform daily activities in older adults [2]. More importantly, these age-related declines can increase the risk of falls and jeopardize the independence of older adults [3]. It is projected that more than 88 million US residents are expected to be 65 or older in 2050; maintaining independence and quality of life at old age is an urgent public health concern in our rapidly aging society.

It is well established that high muscle strength helps facilitate a person’s ability to maintain independence in daily-living activities, and muscle weakness has been associated with an increased incidence of falls in older people [4,5]. In addition, the effects of aerobic exercise on physical health are also well established [6-8]. However, commencing and committing to regular exercise, either aerobic or resistance training, remains a challenge to most Americans due to either physical or personal constraints. To this end, a novel home-based program that is engaging (e.g., learning a new dance routine, etc.) may provide a cost-effective alternative to conventional exercise.

This study utilized a pre-test post-test design and was approved by the Human Subjects Committee of the University of Texas at Tyler. All participants provided written informed consent prior to participation in this study.

Thirty-six adults aged 50-70 from the East Texas area participated (12 male/24 female). Participants were excluded from the project if they had any of the following: (1) currently participating in any regular physical exercise or training program, (2) restricted mobility, movement disorders, or any gait or balance issues, (3) hospitalization for myocardial infarction, heart surgery, or congestive heart failure during the preceding 3 months, (4) musculoskeletal problems that would limit ability to exercise; or (5) any clinically diagnosed neurologic disorders.

Measures were assessed at baseline and after 8 weeks of training:

The intervention consisted of an 8-week program of a Bilateral Object Manipulation (BOM) training and an Exercise Training group (ET). The BOM group was asked to undergo the training using classic 3-ball juggling, 3 days a week for 30 minutes. The assessment of juggling ability was determined by each successful revolution of 3 balls (i.e., per cycle). Although not an outcome measure, juggling skill was evaluated at baseline and after training. The ET group was asked to exercise by walking 3 days a week for 30 minutes + light resistance training using Thera band. Weekly follow-up by phone and daily training diary were given to all participant to monitor training progress and compliance.

The sample size was based on our previous study of motor performance in pre Alzheimer patients which showed pronounced slowing in gait velocity under dual-task conditions by more than 20%. To detect a reduction in gait velocity by 0.2 unit with standard deviation of 0.2 before and after training, we completed pre- and post- training measurements in 18 participants in each group (α=0.05, 1-β=0.80, a two tailed hypothesis for ANOVA). Descriptive statistics (mean, standard deviation) were calculated and scatter plots were examined to identify outliers for each measure. Student’s t-tests were conducted to detect group differences in physical fitness at baseline with significance set at α = 0.05. Lastly, two-way repeated measures Analysis of Variance (AVOVA) with Tukey test for pairwise comparisons was used for between and within group comparisons of changes in gait velocity under dual-task conditions.

Subject characteristics are presented in table 1. No differences were found in age, gender distribution, or other physical attributes between groups at baseline.

Our data suggest that 8 weeks of BOM training may be beneficial in improving range of motion, reacting time, mobility, and dynamic balance in older adults.

Namely, we found increased ROM in wrist flexion, wrist extension, and shoulder flexion. To date, information regarding juggling maintaining or increasing range of motion in the arms and shoulder remain scarce although many claims persist. It is our speculation that juggling may promote better ROM it utilizes body mechanics otherwise rarely engaged. In addition, joint flexibility shares the same “use it or lose it” principle as commonly practiced in maintaining muscle mass and cardiovascular fitness.

To our Best knowledge, this is the first trial to report improvement in joint range of motion in wrist and shoulder after a BOM training by juggling. As hypothesized, the ET group showed increased ROM in hip flexion and dorsiflexion after 8 weeks of walking and Thera band exercise training. This result is consistent with previous studies that investigated the effect of exercise on joint range of motion in the lower extremities [13]. In addition, we found no difference in FFM and FM in the BOM group; while the ET group showed reduced fat mass by 2% (p<0.05).

The BOM group showed improved reaction time in both simple- and choice reaction time tests. Of note, the classic 3-ball cascade juggling has been previously reported to promote brain grey matter growth [14]. Although the underlying mechanism involved is unclear, it is our speculation that there may be a relationship between the improved reaction times and enhanced neuroplasticity as the result of BOM training.

Although both groups showed improved gait velocity after training, we found that the BOM group out-performed the ET group while walking under distracting conditions (Figure 1). A previous study that conducted 8-week combined high-intensity aerobic and strength training vs. gross motor activities found that different exercise programs targeting physical fitness and/or gross motor skills may lead to equivalent improvement cognitive functions in a cohort of healthy older adults [15]. In the present study, we found that gait velocity under distracting conditions was better preserved in participants who underwent the BOM training, suggesting a better resilience to attentional distraction while walking during daily activities in real life. In addition, the BOM group showed superior dynamic balance as shown by the functional reach test. These findings may yield clinical significance because slow walking speed, gait variability, and poor dynamic balance are the biggest identified fall risks [16].

It was not surprising that no FM% & FFM% change was found in the BOM group. Although the BOM training requires effort and attention, it was not particularly physically demanding. The nature of BOM training may potentially attribute to this finding due to negligible caloric expenditure. In contrast, the ET group show global fat mass loss after 8 weeks. Given that all participants were aerobically sedentary prior to this study, it is likely that our walking and resistance program increased participants’ total energy expenditure, which may promote weight and/or fat loss assuming that there was no significant dietary change.

We acknowledge the limitation of a small sample size of this interventional study and note that the results should be interpreted with caution. We implemented a stringent screening protocol to control for potential confounding factors such as comorbidity and aerobic fitness level which may influence fitness level in older adults. In addition, sex, age, educational and body mass index between groups were similar. We also acknowledge the lack of control group in this study. Inferences made in this study were based on comparisons between the BOM and exercise training groups. It was our assumption that no changes were expected in a control group without any training.

Of note, although participants’ juggling skill improved after BOM training, it is imperative to emphasize that the primary focus of this study was to demonstrate measureable transfer functions in physical aspects that are useful in daily activity setting (e.g., flexibility, reaction time, and balance) as the result of bilateral object manipulation training via a central mechanism.

Promoting physical health and maintaining the functional capacity of daily activities is imperative in our aging society. As demonstrated in this study, 3-ball juggling is a complex skill that can challenge participants in several physical aspects to meet a higher demand. Our data suggest that 8 weeks of bilateral object manipulation training may be beneficial in improving flexibility, reacting time, mobility, and dynamic balance in older adults. Future investigation should aim to validate the physiologic mechanisms involved in the training adaptations observed in the current study.