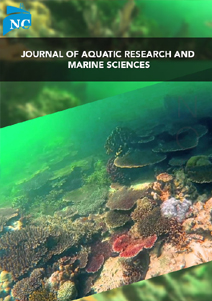 The tuna species from Xincun Harbour, Hainan Province, China were identified in this study. The mitochondrial DNA control region (mtDNA CR) fragments of the tuna samples were amplified and sequenced. The phylogenetic trees were constructed using the amplified control region sequences to identify species of the samples, included Thunnus and Euthynnus genera. The result showed that using mitochondrial DNA control region as marker accurately distinguish tuna species. Our results indicate that fish of Thunnus and Euthynnus genera from the sea area near Xincun Harbour were mainly longtail tuna (Thunnus tonggol) and Kawakawa (Euthynuus affinis). The identification of tuna species in the sea near Xincun Harbour with an accurate and efficient method could provide a good basis for standardizing and promoting the local trade of tuna.

Fish of Scombridae family, which are the basis of worldwide commercial and recreational fisheries [1], is one of the most important groups of commercial fishes, including genera of Thunnus, Euthynnus, and Bonito [2]. Thunnus, the largest genera in the Scombridae family [3], is one of the most important and most commercially valuable trade fish in the world [4]. There are eight species of the Thunnus, including Atlantic bluefin tuna (Thunnus thynnus), Pacific bluefin tuna (Thunnus orientalis), Southern bluefin tuna (Thunnus maccoyii), yellowfin tuna (Thunnus albacares), albacore (Thunnus alalunga), bigeye tuna (Thunnus obesus), blackfin tuna (Thunnus atlanticus) and longtail tuna (Thunnus tonggol). The individual species various from geographic distribution, in terms of their commercial value, especially albacore is greatly popular among consumers [1]. Although morphological features can be used to identify different tunas, the morphologies of some tuna species are similar that most of people cannot identify these different tuna species clearly in trading. Moreover, identification of commercial processed tuna products which have not kept enough characteristic morphological features is difficult [2,5].

Xincun Harbour, located in the southeast of Xincun town, Lingshui county, Hainan province, is a natural harbor with unique advantages. There are 45 kinds of commercial fish, while tuna is one of the most important trad fish in Xincun Harbour. In recent years, some studies on tuna in the south China sea have been conducted [13,14], but there are few reports on tuna in the sea area around Xincun Harbour, such as the identification of tuna species. Therefore, this experiment is designed for identification of tuna species in Xincun Harbour, Hainan province, China, using mitochondrial DNA control region as markers, in order to make sure the main tuna species in the sea near Xincun Harbour and to provide a good basis for regulating and promoting the local trade of tuna.

A total of 15 Thunnus and 15 Euthynnus were collected from the sea area (18°22’55.35’’ N, 109°58’20.23’’E, (Figure 1) near Xincun Harbour, Xincun town, Lingshui county, Hainan province, while the preliminary morphological identification was performed to distinguish genera. The tail fins of three Thunnus and three Euthynnus were collected respectively as samples for DNA extraction, storing in 95% alcohol and at 4°C.

DNA of all samples was extracted from the tail fins using the TIANamp Genomic DNA Kit (TIANGEN BIOTECH, Beijing City, China). Their lengths were estimated by 2% agarose gel electrophoresis. The PCR amplification for the CR was carried out in 20 ml volumes, containing 1.0 µL DNA template, 10.0 µL Taq qPCR Probe Master Mix Ⅱ, 0.5 µL forward primers and 0.5 µL reverse primers, and 8 µL ddH2O, and under the thermal cycles conditions: initial denaturation at 94 °C for 5 min; 30 cycles of denaturing at 94 °C for 45 s, annealing at 50 °C for 45 s, and extension at 72 °C for 1 minute.

Estimated by agarose gel electrophoresis, the CR fragment of all sample of tuna or tuna-like species was successfully amplified (Figure 2). The lengths of PCR products were among 400-450 bp, which was consistent with the expected results.

Species identification was performed for three samples of Thunnus and three sample of Euthynnus. Through the construction of phylogenetic tree, CR gene could accurately distinguish different species of tuna, with bootstrap supports of more than 75%. The result showed that the samples of Thunnus, collected from the sea area near Xincun Harbour, were clustered into the group of Thunnus tonggol, with bootstrap supports of 94% (Figure 3). And Thunnus orientalis and Thunnus alalonga could be accurately distinguished, with bootstrap supports of 90% and 94%, while they seemed to have a closely relationship [18]. The samples of Euthynnus were grouped together with Euthynuus affinis (Figure 4). The study of Zhang et al. has also proved that there is a high catch rate of Euthynuus affinis in the south China sea in the fishing ground of large-scale light falling-net fisheries [19].

However, some studies consider that the CR fragment was not suitable for distinguishing tuna at the genus level [7,20]. Using the ribosomal DNA first internal transcribed spacer (ITS1) for an additional analysis can be conducive to identify the tuna species which are closely related [5,11].

Using mitochondrial DNA to study the relationship between species and phylogenetic analysis, which can effectively avoid the errors caused by morphological characteristics observation and different geographic populations, is very necessary for species identification. For the identification of various tuna species, it is a good choice to construct phylogenetic tree with CR gene. The identification of tuna species in the sea near Xincun Harbour with an accurate and efficient method can provide a good basis for standardizing and promoting the local trade of tuna.